Lasers in the Treatment of Gums

Our office has recently acquired the award winning dental laser, NV Microlase. This top of the line soft tissue laser is the 2015 winner amongst all soft-tissue lasers according to the Dental Advisor independent dental product ratings. The NV Microlase can gently and effectively treat gum disease and other gum conditions, such as gum overgrowth over wisdom teeth. It produces a very narrow intense beam of light energy. This beam of light has the ability to remove infected gum tissues in a periodontal pocket or an overgrowth of gum in certain areas in the mouth. Lasers have become an invaluable asset in our office because very precise treatments can be performed with minimal bleeding and swelling due to the laser’s exceptional ability to seal blood vessels and nerve endings.

We use our laser to:

Reduce and even remove cold sores
Assist in periodontal treatment and some oral surgeries
Reduce pain and bleeding during the procedure
Minimize post-op discomfort and decrease healing time, so you are back to feeling yourself in no time 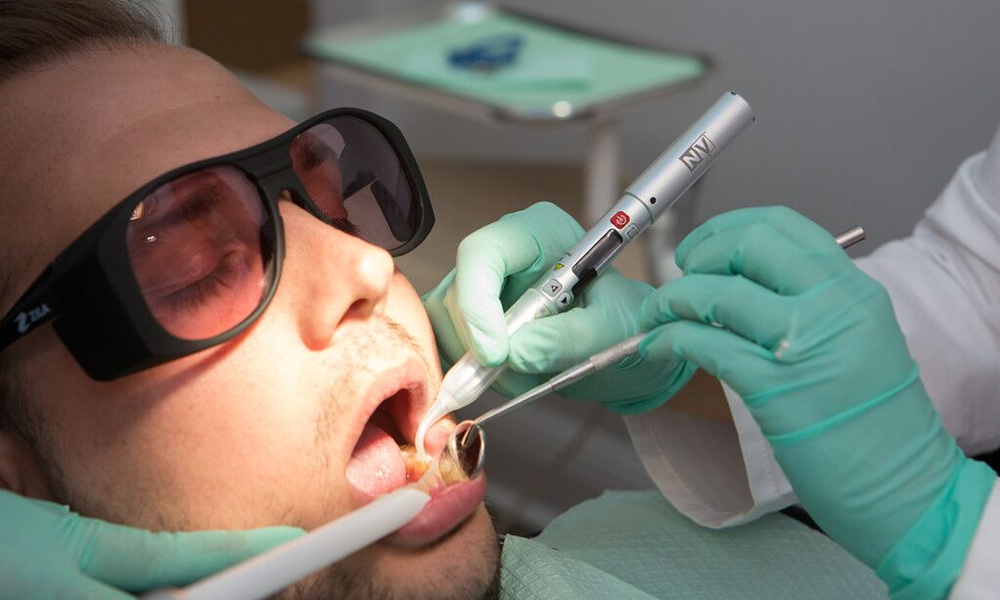 We are dedicated to ensuring that your first visit with us is comfortable and educational. During your dental... read more

We know the utmost importance of a healthy mouth. A great deal of research has linked the effect that oral hygiene ... read more

Visit our office and we’ll carefully select a tooth whitening system appropriate for you, one that... read more

We understand that many patients are anxious and fearful of going to the dentist. Dr. Kathein wants you... read more

If you have a severe toothache or you have experienced an injury to a tooth, our doctor can provide same-day ... read more

Infected tissues in the tooth pulp can cause severe pain and eventually lead to the loss of the tooth. Root canal t... read more

We strive to use the best and latest dental materials available in dentistry. Recent break-throughs in dental... read more

Getting a beautiful smile without metal braces is easier than ever with Invisalign®. Invisalign® is an excellent treat... read more